On Saturday, our under 11s had a great day with Roisin Collins taking the Division 2 Girls Singles title and Caoimhe Ryan taking third place. Caoimhe and Cillian Ryan brought home the Division 2 Mixed Doubles first place honours. Congratulations also to Cillian Ryan on coming fourth in the Boys Singles and Odhran Hayes who came sixth in the Singles, in his first competition.

In Clonlara Ennis was well represented in the Under 15 competition. Katie Browne took the Girls Division 1 honours. Richie Barron was runner-up in Division 2 of the Boys Singles and Richie and his partner, Kate Gleeson (Ardnacrusha) were Runners up in the Division 2 Mixed Doubles. The success in the U 15 Division 1, Boys Singles, was shared between two club members. Ronan Foley took home the title and Seosamh Ryan was runner up. Ennis was represented on both sides of the net in the Division 1 Mixed Doubles competition. Katie Browne and Ronan Foley won the competition while Seosamh Ryan and his partner Susan Daly (Killaloe) came runner up. 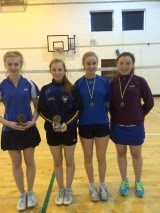 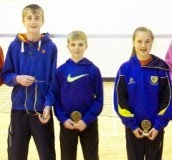 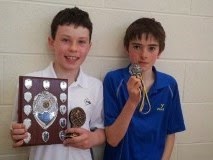 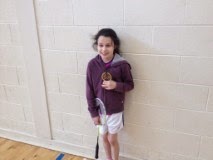 Posted by News from the Clubhouse at 00:07

The annual Clare Challenge match takes place this Sunday the 26th of April and Ennis will be striving to win back the cup.

The tournament commences at 1 o'clock in Killaloe.

The team this year is:

Best of Luck to everyone on Sunday!
Posted by News from the Clubhouse at 23:46

There will be a social night this coming Friday 17th April in the clubhouse bar starting at 9pm.

Hope to see everyone there!
Posted by News from the Clubhouse at 17:59

Interested ? Please add your name to the entry sheet before Wednesday 15th April.

All Welcome, Team Pairings will be selected to balance the different grades.

We will finish the night in the club bar for prizes, food, refreshment and recovery.
Posted by News from the Clubhouse at 18:51

Tournament to run until 29th of May

7 weeks to play your matches

Groups to be graded and it’s a Mixed Tournament

First round to be completed 24th of April

To Facilitate Players Courts 1,2,3 will be blocked booked on Tuesdays from 6pm commencing 21st of April

American Tournaments to commence once Spring league is completed

Entry Fee only €5 and Great Prizes!!

Get your Entry in EARLY and make a winning start to the season!

Posted by News from the Clubhouse at 18:49