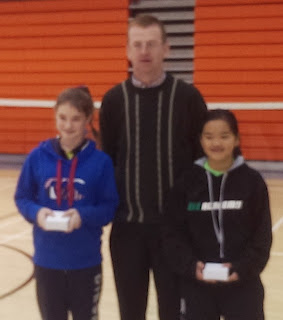 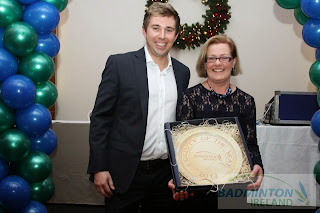 Maureen Coleman was a keen tennis and badminton player throughout the 80's and 90's. She never missed an American Tennis tournament and she was invariably one of the winners at the end of the evening. Playing against Maureen was tricky as she played the net very well and if you played the ball straight at her you invariably lost the point. If you were her partner, Heaven help you if you missed a shot as Maureen would let you know without hesitation what she thought.

Maureen, without doubt, was special and her life was devoted to the club. She had an infectious laugh, a warm personality and was very competitive. When she died in 2010 everyone that remembered her was saddened by her loss. Maureen in her generosity left some money to the club in her will. The club has had a specially engraved wooden seat made in her honour. When you sit on it to watch a tennis match remember the much missed Maureen Coleman.
Posted by News from the Clubhouse at 19:51