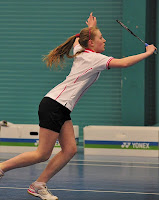 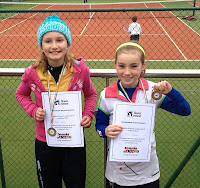 Ennis were well represented at the Tennis Ireland Munster Branch Provincial Match Play Tennis 10's by Roisin Moore age 9 and Rhona Kerney age 9 which took place in Ballinlough Tennis Club, Cork last weekend. Both girls played brilliantly against stiff competition from players from Limerick,Cork, Waterford and Tipperary and progressed to the play off stages of the competition but despite their gallant efforts were both beaten in the tie breaks.
Posted by News from the Clubhouse at 07:22

Despite some inclement weather over the recent past members are endeavouring to complete their sections in the Autumn League.

It has been decided that the final date for match completions will be friday December 7.
The provisional date for the Finals to be played is Tuesday December 11....This date is to be confimed and members should keep an eye on notice board for confirmation. The top 2 in each group will qualify for this final play off.
Remember if you have not paid €5 is due!!

For the first time in years we have entered Teams in 3 divisions. It is great to see so many members interested in travelling and competing for their club.
Ennis has got off to a strong start in most divisions:
Div 3 played Limerick Lawn and the team of Aidan Foley Dave Keane Ann and Helen Gallery were narrowly defeated in a 3/2 scoreline in a tightly fought 3 set Ladies Doubles.
Next match is an away fixture to Sundays Well followed by Cannon Hayes on Dec 9 at home
Div 4 have played just one match against Canon Hayes and achieved a great win of 3-1 with Dave Quinn Chris Rudland Teresa Curtin and Liz Tuohy flying the flag for the club.
Div 5 are storming ahead with a superb 4-0 win against Bandon courtesy of Sean Carroll Wayne Burke Mary Healy and Una O Reilly, This was followed by a tightly fought battle against Whitechurch resulting in a 2-2 scoreline with Wayne and Mary this time teaming up with Declan Cusack and Aileen Daffy.
All matches won count as a point so with a lot of matches ahead a lot of points up for grabs.
Keep an eye on the booking sheets. Come down and support our teams in their home fixtures. Gurranteed exciting tennis and an opportunity to show off our superb facilities. 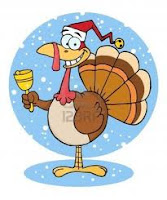 It is hoped to run off a couple of Blitzes (American Tournament style) before Christmas. Keep an eye on the board!
Posted by News from the Clubhouse at 21:42

The Munster Juvenile Inter-County Championships were held in the Sports Arena in UL on Sunday 25 Nov. 18 teams from all over Munster competed on the 12 courts, with 180 participants.  For a tournament that only started four years ago it is now one of the biggest one day junior badminton events in the Country. There were four age groups Under 11, 13, 15 and 17. In Clare over 70 juniors attended trials to select the teams.﻿
﻿

Clare were winners of the U15 and U17 titles, and R-Up in U13. The U11 team played very well also. The Clare teams are: (23 Ennis members highlighted)

Posted by News from the Clubhouse at 15:06 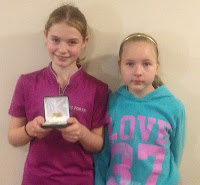 No. 1 seed Ronan Foley won the Leinster Open U12 Boys Singles and was R-Up in the Doubles last Sat. in Terenure. This was his second Provincial title, as he is the current Munster U11 Boys champion.
Current U11 Munster Girls champion Alexandra Troy partnered Katie Browne to the final of the U12 Girls Doubles. The No 1 seeds were defeated 21-19 in the third set of the final.
Posted by News from the Clubhouse at 15:01

Connacht Junior Badminton Open U13 & U17

13 juniors from the Club (with 13 adults in support) took part in the Connacht Open last weekend in Galway. As this was a ranking event for places on Irish Teams, most of the top players on the island were present,
The Club had 9 entries in the U17 competitions. These were Moya Ryan, Megan Bredin, Ciara Dwyer, Amy and Karen MacNamara, Lana Browne, Aine Ryan, Maurice and Sally Molloy.
There were 5 entries in the U13 competitions. These were Ronan Foley, Alexandra Troy, Seosamh Ryan, Patrick Bugler and Katie Browne.
Moya Ryan and Megan Bredin reached the Final of the U17 Doubles where at one set all Moya had to retire with an injured back. Ciara Dwyer and Megan reached the Semi Finals of the U17 Singles, where unfortunately both were defeated. There were also excellent performances from Karen and Amy, Aine and Lana, and Maurice and Sally in the Singles and Doubles.
All the U13 players played well, and gained invaluable experience at this level. They are all eligible to play U13 next year.
Posted by News from the Clubhouse at 23:50

There will also be a series of events over the weekend that could include the book launch of the history of the Club, a tournament with a dress code similar to 1888,

a BBQ and exhibition match. This weekend will also be part of the Gathering, as former members from abroad are hoping to attend. Over 130 attended the Fergus L.T.C. Reunion in 2000.
If you would like to help organise this event please come along this Tuesday at 8pm, or contact gbrowne.ennis@eircom.net.

Posted by News from the Clubhouse at 16:10 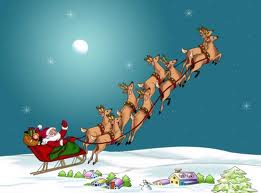 On Sunday 9th December 2012 we will be holding a Christmas Party for Junior Badminton and Tennis members.

Before the party, there will be separate badminton and tennis blitzes starting at 10:30am.  The blitzes will be team events with a mix of all ages and standards.

This will be followed (at approx 2pm) by a Christmas Party which will include a disco with DJ, Darryl Eade, a visit from Santa Claus, presentation of prizes, food, fun & games.

To book a place for your child/children please complete the form below or pick up a form at the club.  Post the form and money in an envelope marked Junior Christmas Party and post in the letterbox under the computer in the clubhouse on/before Friday 30th November.

We would like to have some spot prizes to hand out on the day.  If you are able to donate a spot prize or two it would be greatly appreciated.  You can either wrap the spot prize and put a label on it indicating whether it’s for a boy or girl and approx age.  Alternatively we will wrap the spot prize. We suggest gifts for around €5 or less. Please give your gift(s) to one of the organisers or drop to the office.

Also we will be looking for homemade goodies, both savoury and sweet, so for all budding Nigella Lawson’s out there we are calling for your help.  Please drop me an email to let me know if you can assist.

We will be in touch with further details in due course.  In the meantime, if you have any questions or suggestions or would have a few hours available to help with organising this party either in advance or on the day please do let us know.

Finally, this party will ONLY be successful if we get enough Junior members attending so please sign up before Friday 30th November.

Don’t hesitate to contact one of the organisers below if you have any questions.

Posted by News from the Clubhouse at 19:05

The results for last Monday's (Nov 5th) Senior Blitz were:

Well done to all who took part.
Posted by News from the Clubhouse at 20:53