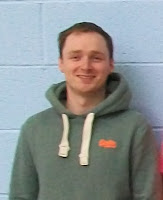 Former Badminton International and top coach Will O'Neill is available for senior coaching on Tuesday nights from 8 to 9pm and 9 to10 pm.

Contact Badminton Captain Niall Thornton njthornton@eircom.net if you are interested. The coaching is for Div 6 and beginners 8 - 9pm and Div 3,4 & 5 between 9 - 10pm. The cost is €6 per hour (lights and shuttles included).
Posted by News from the Clubhouse at 08:31

﻿﻿﻿﻿Irish U/15 International Moya Ryan played some of her best ever badminton to take three titles at the Munster Juvenile Open held at the Sports Arena in U.L. last weekend. The tournament had over 236 entries from all over the island north and south fighting for the coveted titles at U13, U15 and U17 levels. Moya won the U15 Girls title on Sunday when she defeated Kate Frost from Terenure 21-14, 22-20 in a cracking final. She then went on to win the U15 Mixed Final with Matthew Lightbody from Lisburn. She had already won the U17 Mixed Doubles with Matthew on Saturday. Moya also reached the U17 Girls final with her clubmate Megan Bredin. They lost by the closest of margins 21-17, 22-24, 14-21.﻿﻿ ﻿ ﻿﻿﻿﻿﻿﻿﻿﻿﻿﻿﻿﻿﻿﻿﻿﻿﻿﻿﻿﻿﻿﻿﻿﻿﻿﻿﻿Other Ennis players that competed were Amy and Karen MacNamara, Seosamh and Aine Ryan, Patrick Bugler, Ciara Dwyer, Maurice and Sally Molloy, Alexandra Troy, Lana and Katie Browne. For all the details on the tournament go to Munster Juvenile Open .

Posted by News from the Clubhouse at 19:13 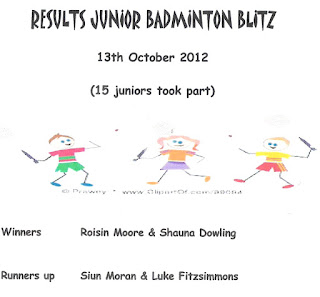 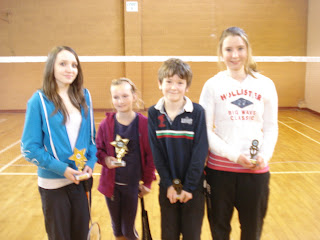 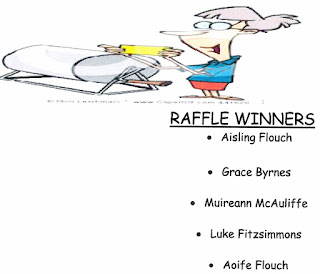 Posted by News from the Clubhouse at 19:59 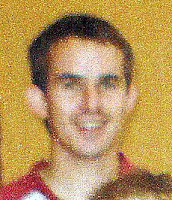 Former Senior International and Professional player Will O'Neill will play former Junior International and Munster No. 1 Darryl Eade this coming Tuesday 16th Oct at 9pm at the Club. All adult players are very welcome to attend. It should be a great match, and will be followed by a meeting with the Senior Badminton Captain Niall Thornton to outline upcoming events for the rest of the year.
Posted by News from the Clubhouse at 18:56 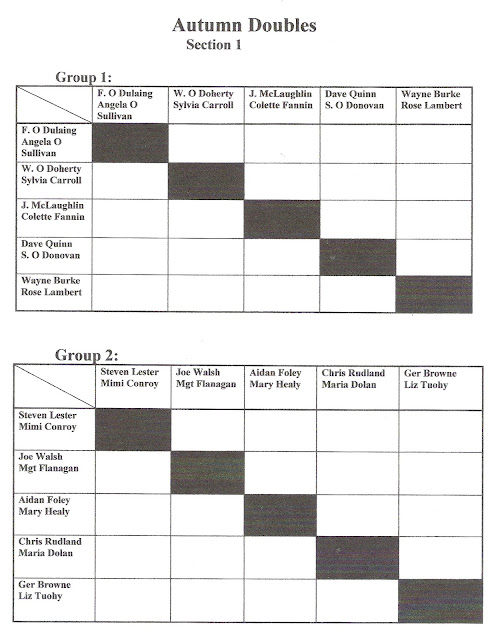 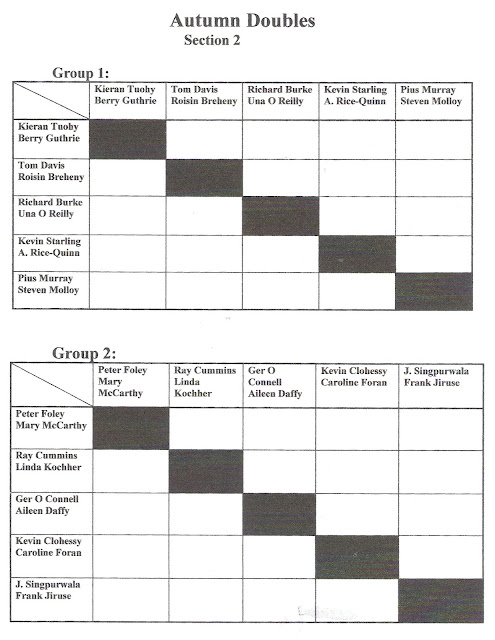 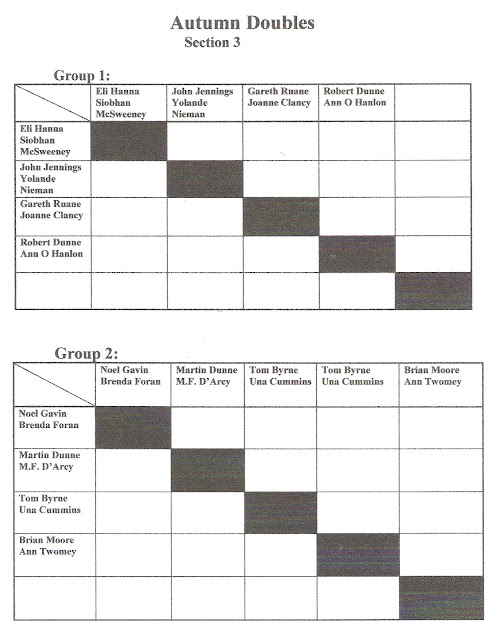 See notice board for details

Posted by News from the Clubhouse at 17:38