Ennis under 11 Badminton Players at the County Championship

Ennis U11 badminton players had a great day at the County Championships in Clonlara on Saturday February 27th.

There was a real buzz as our youngest competitors in the County Championship took centre stage, some competing in the Championship for the first time.

Congratulations to Caoimhe Ryan, Cillian Ryan, Emma Neylon, Cillian Foley, Harry Hamel, Roisin Collins, and Ruth Browne, who all represented themselves and our club so well.

Emma Neylon took second place in the U11 Division 2 girls singles competition.
Ruth Browne came second in the Division 1 singles while Roisin Collins won the plate in the same competition.
Roisin together with her partner Sarah Barry from Ardnacrusha won the Division 1 girls doubles beating Ruth Browne and Caoimhe Ryan to second place. Ruth completed a hat trick of seconds taking the runner up spot in the Mixed Doubles event also.

Congratulations to Harry Hamel on winning an all Ennis final in the Boys Division 2 competition. Cillian Foley, our youngest competitor had a great performance in taking second place. The fortunes were reversed when Cillian Foley together with his partner took the doubles title beating Harry Hamel and Cillian Ryan into second place in a final where once again Ennis was represented on both sides of the net. Well done to Cillian Ryan who won the plate final also.

We, at Ennis Junior Badminton, are proud of all of our competitors and we urge ALL JUNIOR BADMINTON players to enter next year. 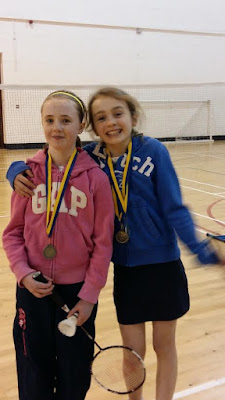 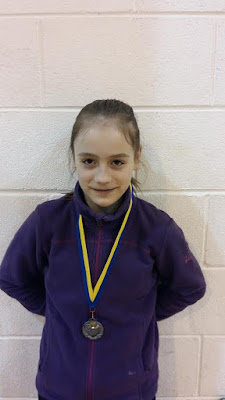 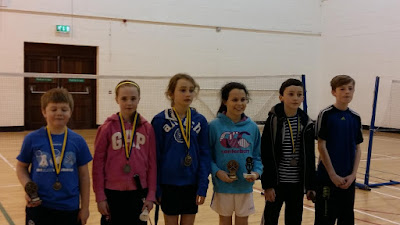 Posted by News from the Clubhouse at 19:06