Great Results for Ennis Players in the Connacht U13 & U17 Open 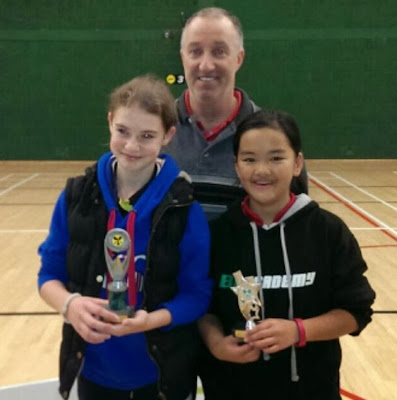 Alexandra Lee Troy from Ennis won the Girls Singles, Girls Doubles (with Kerry Fallon) and the Mixed Doubles with Daniel O'Meara from Killaloe, in the Connacht U13 Open on Sat 16th Nov in Sligo. In the Mixed Final she and Daniel defeated Ennis players Ronan Foley and Katie Browne. Daniel had earlier won the Boys Doubles (with Michael Staunton) when again he defeated Ronan Foley (with Benjamin Darragh)in the final. In the U17 Mixed final Moya Ryan (Ennis) and Norman Lau (Alpha) were narrowly defeated by Paul Reynolds and Rachael Darragh.