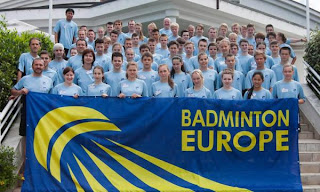 Al Bredin's highlights of the week

I really enjoyed the coach education courses in the morning which covered a variety of disciplines. The most interesting of these was the course on net play where we learnt about the flight dynamics of the shuttlecock and how to place proper and effective spin on the shuttle. Budi Santoso held a particularly interesting course on the different aspects of multi feeding. I was fortunate enough to have Stefan Ljutzkanov as my staff coach and mentor. He was a mind of information on many aspects of the sport. We discussed at length how to vary the pace and intensity of the various sessions. Also a very important part of the learning was about the planning and periodization or phasing of the session. Sleep deprivation due to the hectic work schedule meant that the preparation of session plans was done when we had run out of steam at the end of the day. However, all the hard work was worthwhile and despite the tiredness I learnt a lot.
Posted by News from the Clubhouse at 22:22

Irish Men’s No 1 Scott Evans has drawn reigning World and Olympic champion Lin Dan of China for his opening group match  in the Men’s badminton singles, at London 2012. 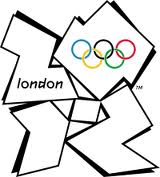 The  draw could not have been tougher for  Evans, world ranked No 76 . Lin, although seeded second to Malaysia's Lee Chong Wei, for the tournament is  widely regarded by as the greatest player of all time.  Evans has played  Lin many times,  most notably in the second round of last year’s World Championships, where he put up a good fight.

Chloe Magee, world No 44,  has had a much kinder draw in a group of three. She will  play 33-year-old Pi Hongyan of France, a quarter- finalist at Beijing in 2008, now world ranked 25.The pair met in the quarter finals of the Yonex Irish Open last December  with Pi only winning in three sets. The other player in the group is Egypt’s Hadia Hosny, world ranked 113. Magee will have the advantage of analysing the Egyptian opponent who has been preparing for the Games in Dublin at the National training centre.

Only the winners of the 16 groups in the singles competitions, some with two players and some with three,  will go through to the knockout stages of the competition, Play starts on Saturday, with the playing schedule to be announced on Wednesday night 25th July.
Posted by News from the Clubhouse at 22:08

The club has recently acquired a HeartSine samaritan PAD (thanks to Martin Dunne). It is very important that all members are familiar with its use. Please go to http://www.heartsine.com/ for details.

Posted by News from the Clubhouse at 19:30

A flavour of what some of our Junior Badminton Coaches do during the summer months!!
Al Bredin (Badminton Ireland Level 2 Coach) will be attending the Badminton Europe Summer School in Otocec, Slovenia. The Summer School is in its 31st year and is held annually at different venues throughout Europe.The B.E. Summer School is a combination of a Training Camp for talented junior players and a coach education course open to all European nations.The course is open to Under 17 National Players and National Junior Coaches. Al has been selected by Badminton Ireland to attend this course to further progress his coaching experience. Al's daughter Megan has also been approved by Badminton Europe to attend this camp as a player.

Badminton Ireland Coaching Conference 13th – 15th July
A few of our clubs coaches will attend this conference at Marino Institute of Education, Griffiths Ave, Dublin where the Key speaker will be Lee Jae Bok, twice head coach of the British Olympic team & Korean National coach.  Lee is said to have an infectious coaching aura so our coaches will be in for an amazing experience.
Posted by News from the Clubhouse at 20:18

The May Doubles Semi-Finals and Finals were held last Thursday 28th June. There were some great matches, followed by a very enjoyable social and presentation of prizes. The results were: