19 Ennis Juniors represented Clare in this competition at U11/13/15/17
Clare came out the winners in the under 17 age group and were a close second in the other age groups. 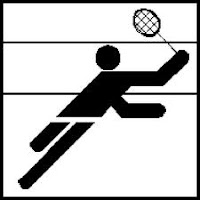 Ennis juvenile badminton player Moya Ryan competed at the recent Ulster U15 Open Championship in Lisburn. Moya was unlucky to lose in the quarter finals of the singles, she got to the semi finals of the doubles with her partner Fionnula Scanlon from Sligo but they were beaten by the overall winners. In the mixed doubles Moya partnered Ross Lightbody (Lisburn) and won a thrilling semi final beating the No 1 seeds. They were beaten in the final by Rebecca Getty and Norman Lau the No 2 seeds. These were great results considering it is Moyas first year at U15.

New Badminton Ireland CEO Richard Vaughan was delighted with the support shown by Munster coaches and players (Ennis was very well represented) at the event.
Each session benefited from a  two hour workshop on fundamental badminton tips
given by UK Coach Andrew Stewart.

The workshop was followed by a national team exhibition with singles and doubles matches. Some young Ennis players got the opportunity to take part in the exhibition matches with national players and provided the crowd with much enjoyment.

Last Saturday Ennis club was the height of activity with 72 Juniors from around the County converging for the annual U12/14 County Blitz.

The is the 3rd year that the Ennis club has hosted the blitz which is aimed at players who do not generally compete outside the County. Clubs taking part were Killaloe, Ardnacrusha, Broadford, Miltown Malbay, Anneaghneal & Ennis (of course!)

In the Under 12 draw there was a large entry with 46 participants (some as young as 8 taking part), while in the U14 draw there were 26 entries..

The “club bar” was a busy place on the day with the youngsters spending their parents hard earned money, pringles and freddos been the biggest sellers!!
Posted by News from the Clubhouse at 18:29